In the interest of those readers of this blog whose first language is not English, I have been a little remiss in not publicizing the two translated versions of my book, The Samurai Mind. 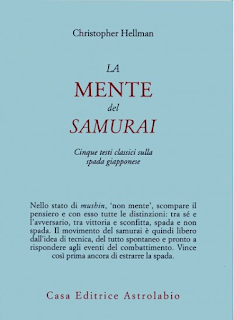 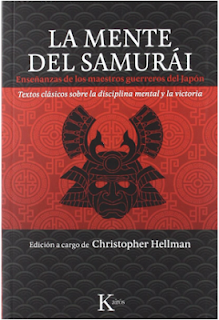 I do have a couple of the Italian ones, which I would be happy to send to anyone who drops me a line (first come, first served), but unfortunately, none of the Spanish edition.

If you are a Spanish or Italian reader, please pick up a copy and see what you have been missing.

While we are talking of publications, be sure to check out the latest version of Kendo World (available in Kindle edition, too). This is, as the name suggests, primarily of interest to Kendo enthusiasts, but it is well-written and professionally produced and well worth a look for anyone with an interest in  such things. 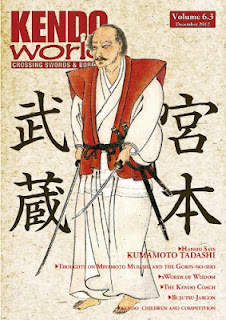 The latest edition has Miyamoto Musashi as its focus, and it includes one of my articles: Confucian Voices in Swordsmanship II: Kenjutsu no Fushikihen.

As the title suggests, it examines the relationship between Conficianism and swordsmanship in the work ‘Kenjutsu no Fushikihen’. This is a little studied work even in Japanese, but it’s inclusion in one of the major collections of original documents on martial arts at the beginning of the twentieth century suggests that it deserves to be examined more closely.

Western readers have had very little exposure to it (if they haven’t read The Samurai Mind, that is), although a few quotes pop up here and there, from DT Suzuki’s Zen and Japanese Culture, where he casts it in a decidedly Zen light, also doubting that the writer can have achieved much in the way of enlightenment. In actual fact, it is a work steeped in Neo-Confucianism, although the references to Zen might confuse a casual reader. The title, however, is a pointed reference to Zen – or could be taken as such. Fushiki is the Japanese translation of the answer Bodhidharma is said to have given to the Emperor Wu when asked who he was, “I do not know.”  The O Yomei (Wang Yangming) branch of Neo-Confucianism was familiar with Zen, and the founder was strongly critical of it. Nevertheless, they often used references to Zen in their teachings, so this doesn't seem at all unusual. (I know I am always criticizing Suzuki, and he does deserve it, but it must be said in his defense that he wrote extensively (if partially) on subjects that had received very little serious treatment in English before then.)

I wrote a little more about Confucianism previously, (The Confucian Swordsman I & II) and of course, the complete text of Kenjutsu no Fushikihen is included in The Samurai Mind.

Although it is a little obscure in places, it is a fascinating explanation of how to teach an art that relies on spontaneity to be effective. It is, in effect, the criticism of a jazz musician for classical training as a way to prepare someone for a jam session. As someone whose own music training (not to a very high degree, I must admit, but I did play the trumpet from the age of eight until starting university) left him very poorly prepared to jam, I appreciate it.

Posted by Chris Hellman at 03:52 No comments:

This is a lighthearted but fun drama series from 2009. (Broadcast by NTV).  It stars Miura Haruma, who does a very good job, both as a goofy high school kid and as the samurai whose spirit possesses his body. It may not be to everybody's taste, of course, but if you like light comedy and bear in mind that it's aimed at teenagers, it's actually pretty good. 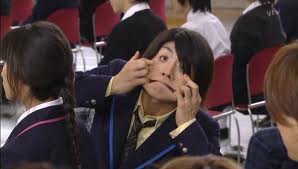 Every episode, the hero is taken over by the spirit of his ancestor at a critical point and goes into action. We get to see an idealized young samurai in modern times –  his disciplined outlook on life is contrasted strongly with his lackadaisical but likable modern descendant... of course everything works out happily in the end.

By putting a samurai into a modern day setting, it provides an interesting example of the way 'samurai' are seen in the present day. Not surprisingly, it is more nuanced than the typical view we are used to in the west. It is also, of course, idealized.

It also raised more serious points: one which I will discuss below is something often missed in western treatment of samurai and bugei, and one that has quite important ramifications to serious students of martial arts.

Perhaps this quote is typical of the way in which samurai are viewed (in a non-academic context, of course):

The fighter is to be always single-minded with one object in view: to fight, looking neither backward nor sidewise. To go straight forward in order to crush the enemy is all that is necessary for him.
(D.T. Suzuki, Zen and Culture, p. 62) 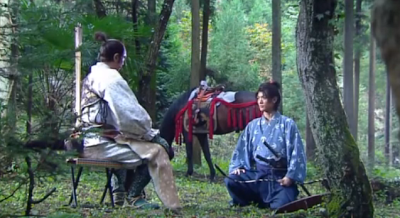 Although he was talking generally about the attraction of Zen for the warrior class, the limitations of this point of view were raised nicely by a flashback scene in Episode 2, where the samurai youth is talking to his lord, Sanada Yukimura.

'Are you ready for your first battle?'

'Yes! I plan to cut through the outer defenses and go directly for the enemy general to take his head.'

This is the crux of it – this attitude of rushing straight in and carrying the day with your determination is vital, but it is not everything. 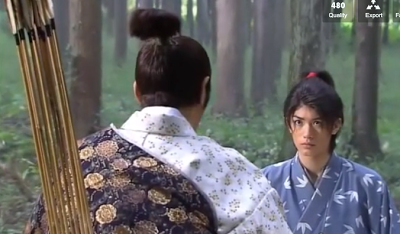 The bugei do vary in their treatment of the psychology of combat, but there is a tendency to treat them monolithically.  Even within a single style, there are differences in stages of teaching during which different approaches are appropriate. Although much writing (especially, but not limited to, that which is connected to Zen) tends to emphasize the power of determination, this is not necessarily equally stressed at all points of training.

In the late Edo period, there seems to have been a consistent effort to stress the development of this aspect of swordsmanship. For various reasons not wholly related to combat, this aspect was further emphasised during the Meiji and Taisho periods, and aspects of this are still visible in modern day kendo.

The older bugei were not so simplistic. This is especially evident in the teachings (and writings) that are closer to the warring states period. Not only were different attitudes emphasised at different stages of training, but the aims of training differed within and between ryu-ha. Those destined to be leaders would be taught tactics and strategy at a greater level of detail than simple warriors, with much of the higher level material being based on the physical skills that had been mastered in training with weapons. Some ryu-ha, such as the Shinkage ryu, seem to have had quite a strong strategic component, and were patronised by higher ranking warriors. There were also ryu-ha of strategy, which dealt specifically with managing troops. I suspect that, beyond this, there were family teachings and traditions, probably mainly oral, that were passed from generation to generation. There is some evidence of this in the Tokugawa family, with the instructions Tokugawa Ieyasu passed on to his successors; the Sanada family is also an example in which a high level of tactical ability was evident in several generations of the family (with two successive generations bringing the Tokugawa war machine to a halt).

Different writings may be seemingly contradictory, but this is not always the case. The courage and dynamism expressed in sentiments such as those expressed in the Suzuki quote may be very attractive, and certainly are impressive as isolated quotes. However the real strength of the bugei, in my opinion, is that they contain but are not limited to this approach. They are able to harness and build on this fierce attacking energy, but not be controlled by it.

'In war, things do not always go as expected... a warrior who is certain of victory is arrogant. He only sees what is straight ahead. We must look to the left... to the right... and above us.'

Still, it is hard not to admire the teenage samurai's admonishment to his enemies before he ploughs into school bullies and local hoods: 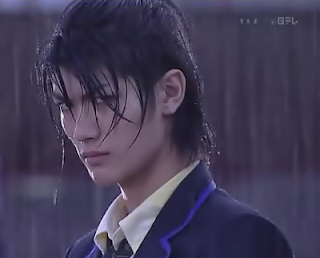 'I cannot help but pity your miserable existence!'
Posted by Chris Hellman at 04:28 No comments: