'Do not despise the snake for having no horns...' 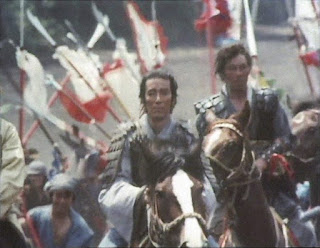 The ancient sages said, "Do not despise the snake for having no horns, for who is to say it will not become a dragon?" So may one just man become an army.

Nearly a thousand years ago in ancient China, at the time of the Sung dynasty, there was a cruel and corrupt government. These men riding are outlaws – heroes – who have been driven to live in the water margins of Liang Shan Po, far to the south of the capital city. Each fights tyranny with a price on his head in a world very different from our own.

The story starts in legend even then, for our heroes, it was said, were perhaps the souls reborn of other, earlier knights.

Almost anyone of my generation in the UK (anyone who liked adventure and action on TV, that is) will recognise the words above as coming from the beginning of the TV series The Water Margin. Back in the seventies, it was essential viewing for any kid with even a slight interest in the martial arts or oriental adventure. 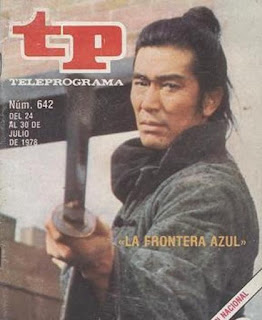 Apart from Kung Fu (and the later Monkey) it was pretty much the only TV programme touching on those interests – a kind of Robin Hood and King Arthur rolled into one, with all the wonder and strangeness of an unknown and unexplored world. From the opening credits, which showed a motley and exotic band of riders advancing over the black sands to the distinctive opening chords of the theme tune, it transported the viewer to a new and different culture.

Even for those whose interest lay less with the exotic and more with the adventure and swordplay, the lines delivered by Burt Kwouk at the beginning were to become part of the permanent vocabulary of youth – or perhaps that was just my friends.

Though the series was set in China and based on the Chinese classic Shui Hu Zhuan, the TV series was a Japanese production (by Nippon Television) which followed on from a long history of adaptations from the original. Originally translated into Japanese back in the Edo period, the 90 volumes by Kyokutei Bakin proved immensely popular. Published over a period of some years (1805-1838) it was also to provide inspiration for renowned artists such as Hokusai (who illustrated Bakin's volumes) and Kuniyoshi (who became popular through his vigorous depictions of the characters).

This television series was based on a manga series by Yokohama Mitsuteru, rather than the original, and took as its central character Lin Chung, peerless swordsman and, in this version, a paragon of chivalrous virtue. Perhaps he was a little too uncompromising for me – I preferred some of the more minor characters such as Shi Chin, the Tattooed Dragon, who was a little less perfect. As in the original, fighting for justice against corrupt officials was a major theme, and likely part of the reason for the novel's success in early 19th century Japan.

The stirring theme music by Godaigo was particularly evocative, both the instrumental version at the beginning and the even more dramatic vocal version that ran with the final credits. Of course, because it was sung in Japanese, we understood not a word of it. In fact, it was only recently that I went back to it to figure out what the lyrics actually were. I was pleased to find the lyrics reflected the feeling of the series as well as I could have hoped – a bitter-sweet lament resonating with nostalgia and hope.

I have never seen the lyrics written anywhere, so here they are for the first time:
Be sure to listen to the original, too.

Life is
but a trifle;
Even if it goes well,
You are blown along
Like a lone cloud.
Don't cry my friend;
Even if you weep
Tomorrow is a new day (lit. Tomorrow is tomorrow).
See, it is morning already.